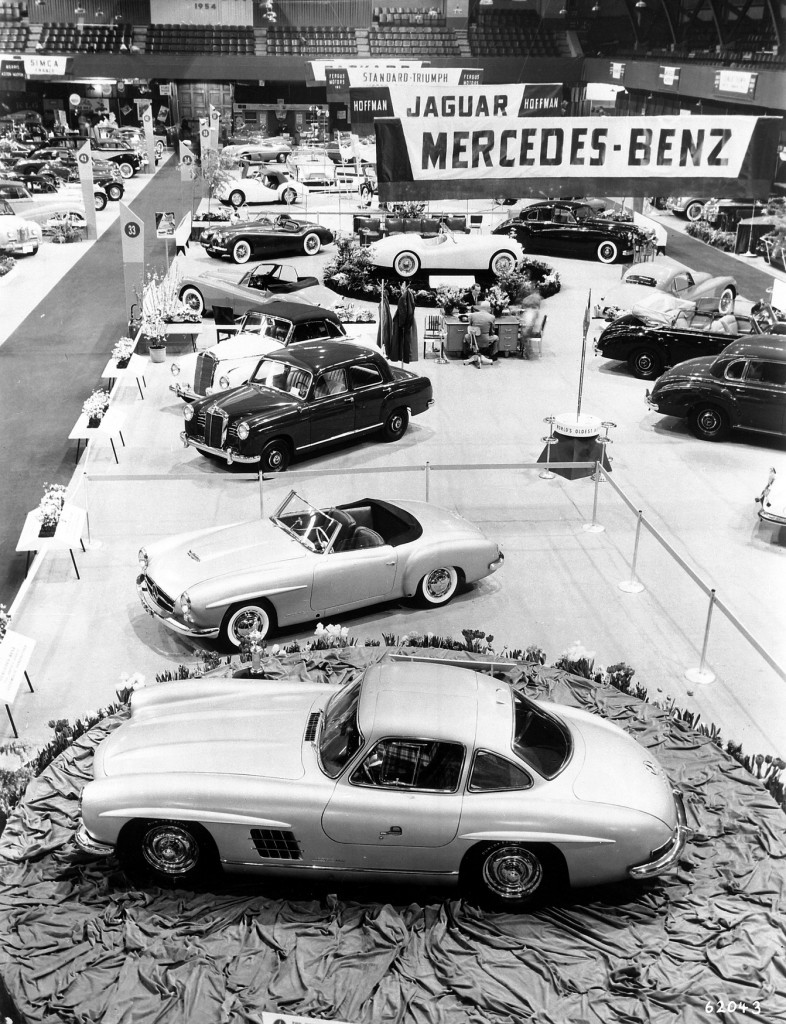 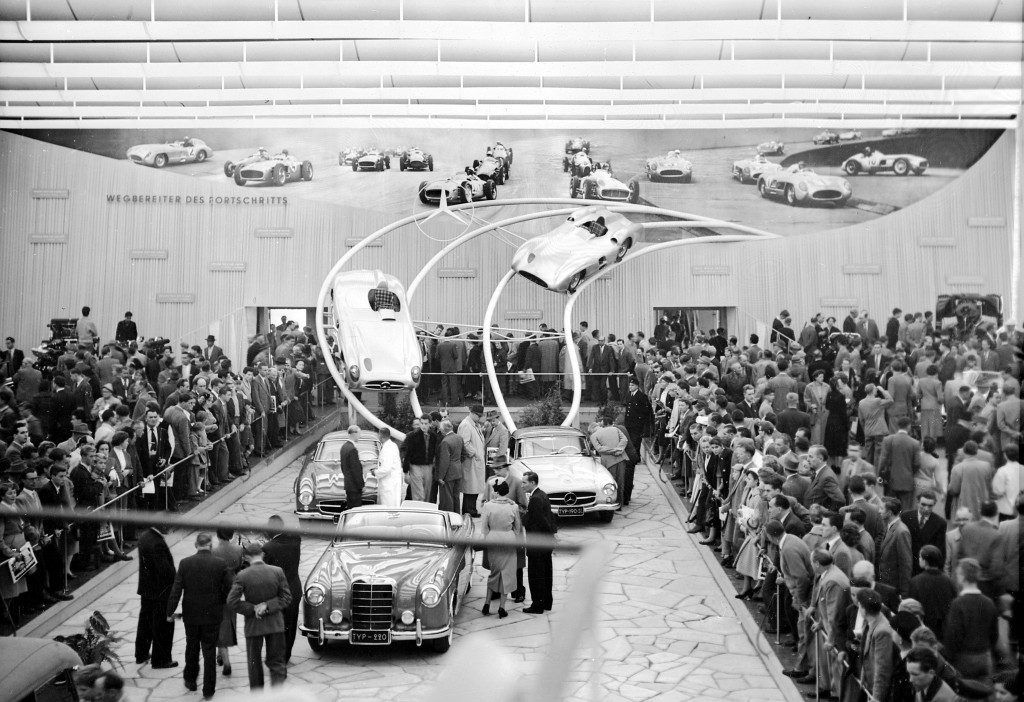 60 years ago, in February 1954, Stuttgart-based Mercedes-Benz caused a sensation when it debuted two new cars at the International Motor Sports Show in New York: enter the 300 SL (W 198) and a near-production prototype of the 190 SL (W 121). Experts and the public were equally enthralled by the Gullwing Coupé, an evolution of the 300 SL race car (W 194), and the Roadster, built on technology supplied by model 180 (W 120). Today, the fascination with the first two production vehicles in the exquisite SL sports car lineage is more alive than ever. No wonder then that both SL models are especially valuable classics.
The Mercedes-Benz 300 SL Coupé, the 190 SL Roadster, and the 1957 successor to the Gullwing Coupé, the 300 SL Roadster (W 198), count among the most valuable historic vehicles in the world. This is underlined by the presence of all three at the top of the Mercedes-Benz Classic Index (MBCI) published by Historic Automobile Group International (HAGI). Originality and authenticity are particularly important here.
Some of the key indicators of how the value of the sports cars has evolved are similar, but the assessment by HAGI specialists indicates that there are significant differences too. This is primarily due to the number of vehicles produced, but other factors include the absolute value of the cars, their level of technical refinement and their historical significance, including the racing history of these models. According to HAGI, the average increase in value of the 190 SL is around 10 per cent per year since 1980; however in the last 10 years it was even higher at over 11 per cent. For the 300 SL Coupé, the average since 1980 is 11 per cent, but for the last 10 years the figure is almost 18 per cent, which corresponds to a quadrupling of the value since 2004. In the case of the 300 SL Roadster, the rise in value since 1980 is almost 13 per cent. For the 29 Gullwings that were built with aluminium bodywork, cars which are seen extremely rarely in the market, an average increase in value of more than 16 per cent can be demonstrated. A vehicle’s performance is predicated on it being maintained in first-rate condition or having been superbly restored, both of which are associated with substantial costs.
The main difference between the 190 SL and its larger cousins is its absolute price, which is not yet much different to that of a complete restoration. A perfect example is valued by the MBCI at just under the 200,000 euro mark. It’s a different story with the 300 SL: cars that are complete, but in poor overall condition, still trade for sums as high as 500,000 euros. With one of the rare aluminium-bodied coupés, the price is always in the order of several million euros, regardless of condition. In the MBCI, the 190 SL ranks directly behind classics such as the 300 SL Coupé and Roadster, the S-Series of the 1920s and the legendary 500 K and 540 K. It is also worth noting that prices for the 230/250/280 SL “Pagoda” model series W 113 are increasing massively.
Investment in valuable historic cars is primarily associated with the very top segment of the market for classic automobiles and the historic vehicle scene as a whole, which in Germany alone is worth 14 billion euros each year. Cars that are both very high-value and maintain stable prices make particularly attractive long-term investments because the increase in and retention of value adequately offsets the spending needed for restoration and ongoing upkeep. A study published by specialist German magazine “Motor Klassik” in 2013 also emphasises this relationship.
Taking all this into consideration, it is clear that investing in an alluring classic from Mercedes-Benz offers more than just the enjoyment of a piece of technological history, with its aesthetic and sporty dimensions. Indeed, it may also achieve a better return than other forms of investment, with owners of high-value classic cars seeing their vehicles perform more profitably than many financial products.
With its innovative space frame, the 300 SL was an exclusive top-end sports car at the time of its production (1,400 units built from 1954 to 1957). Selling at the time for 29,000–32,500 German marks, it was firmly positioned at the very top end of the market. From 1957 onwards it was superseded by the 300 SL Roadster, which also sold for 32,500 German marks. A total of 1,858 Roadsters were produced up to 1963. The 190 SL came onto the market in 1955 and 25,881 of the vehicles were produced up to 1963. It cost between 16,500 (with removable hardtop) and 17,650 German marks.
This entry was posted in Uncategorized. Bookmark the permalink.