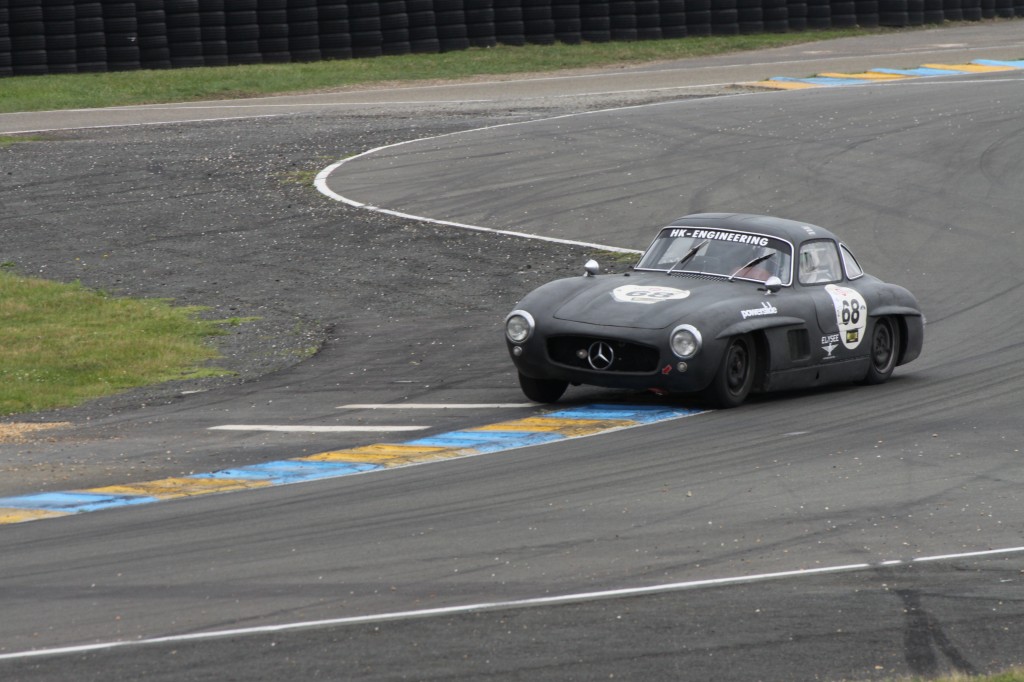 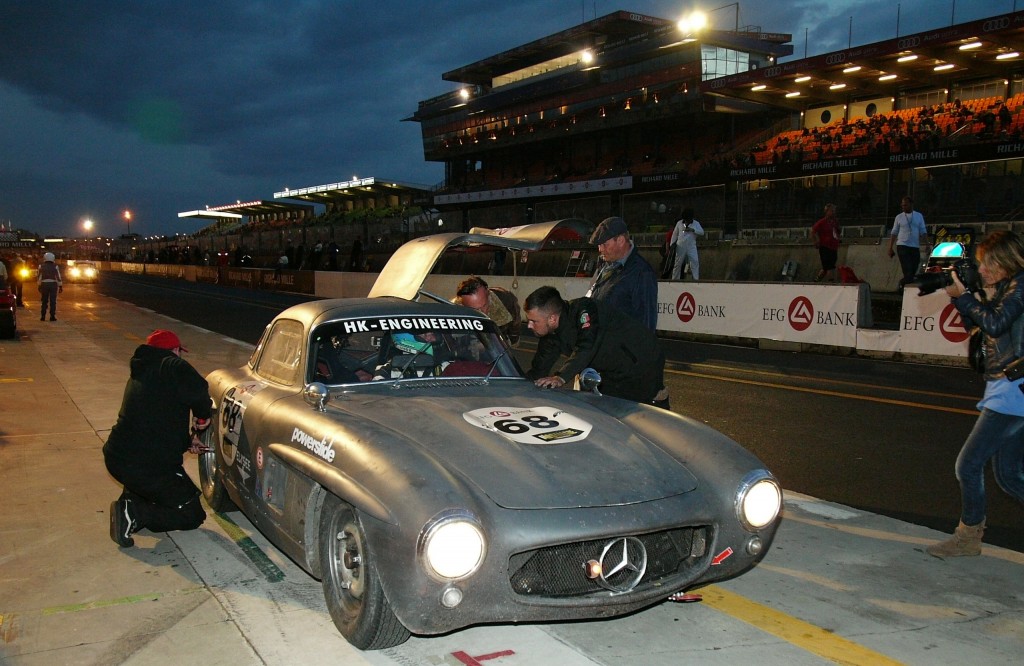 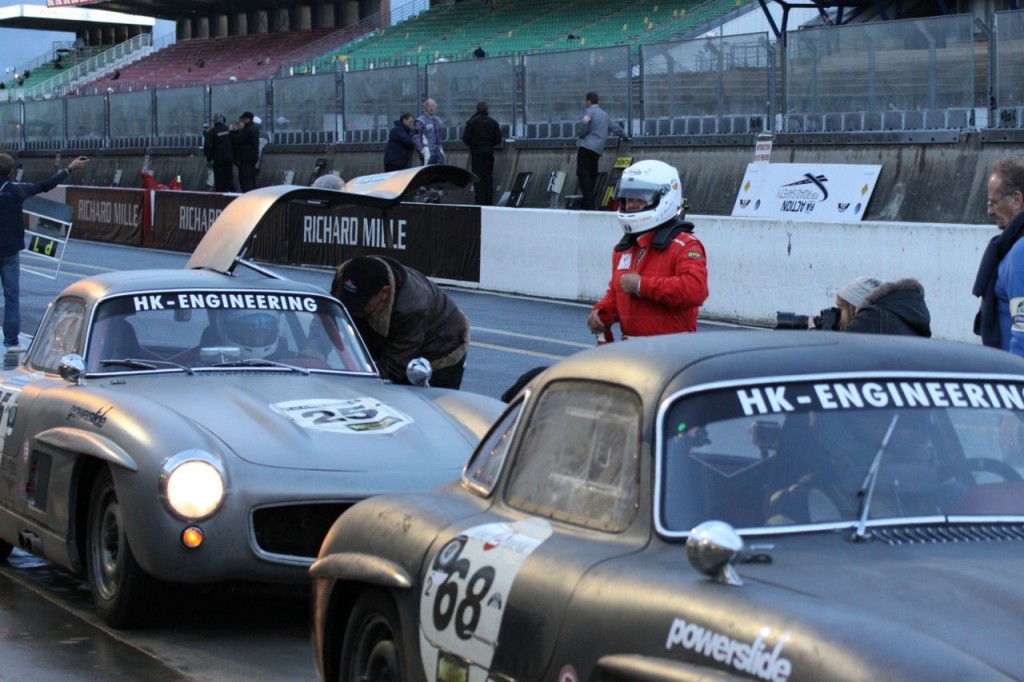 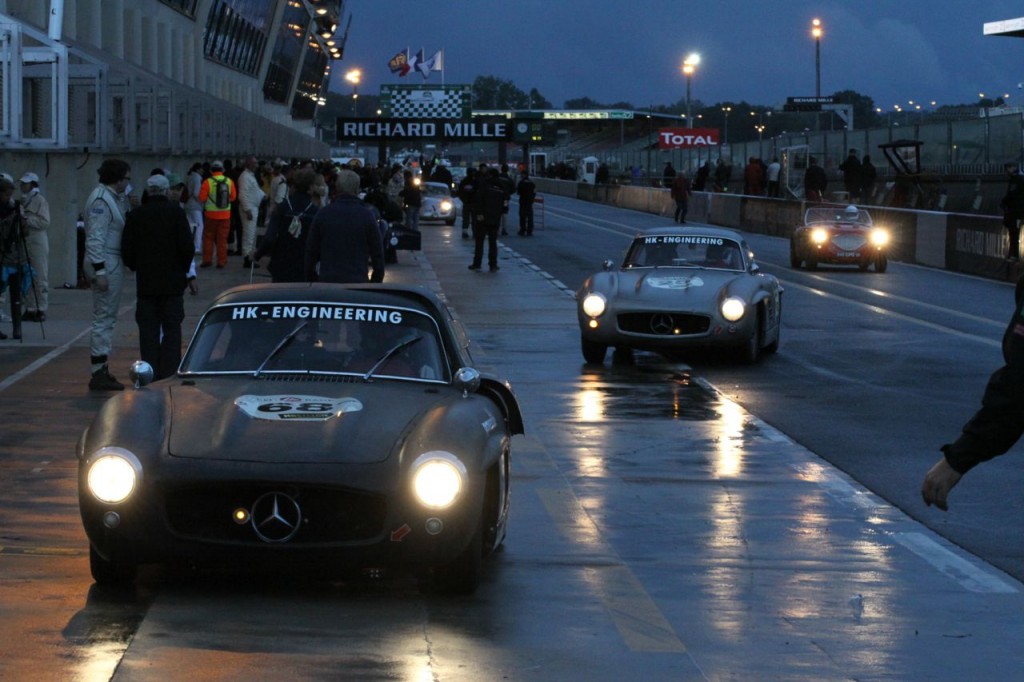 Two Mercedes Benz 300SL Gullwings, prepared by HK-ENGINEERING´s race team, competed at this years LE MANS CLASSIC, one of the most reknown hisctoric race car events worldwide, held for the 6th time since 2002 on the weekend of July 6 – 8 at Le Mans´ “Circuit de la Sarthe”. Participation is strictly reserved to vehicles that have competed at one of the “24 Hours of Le Mans”, taking place since 1923 – or vehiclesidentical to these. 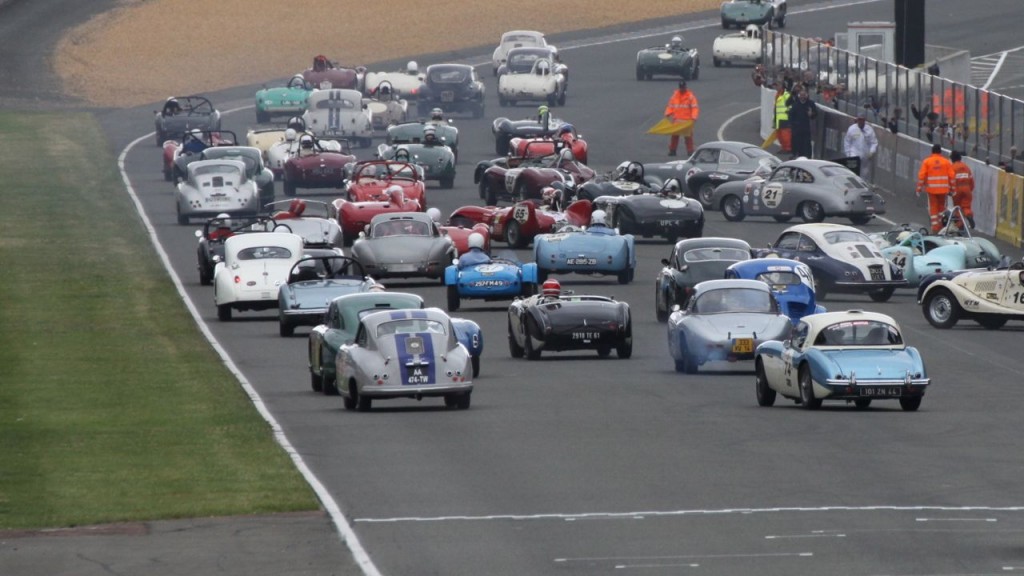 With nearly 450 race cars, representing a time span from 1923 until 1979 and qualified to start, this is also one of the world´s biggest motor racing events. Every other year, the elite of historic motor sports hosts an uncomperable time travel for visitors and media alike.

To ensure equal chances for vehicles from the various time periods, the LE MANS CLASSIC consists of six separate runs (called grids or plateaus), with about 70 cars of a specific time period competing in each of these. This separation also makes for almost 24 hours of continuous racing action on the CIRCUIT DE 24 HEURES at Sarthe, home of the world´s most famous endurance car race. 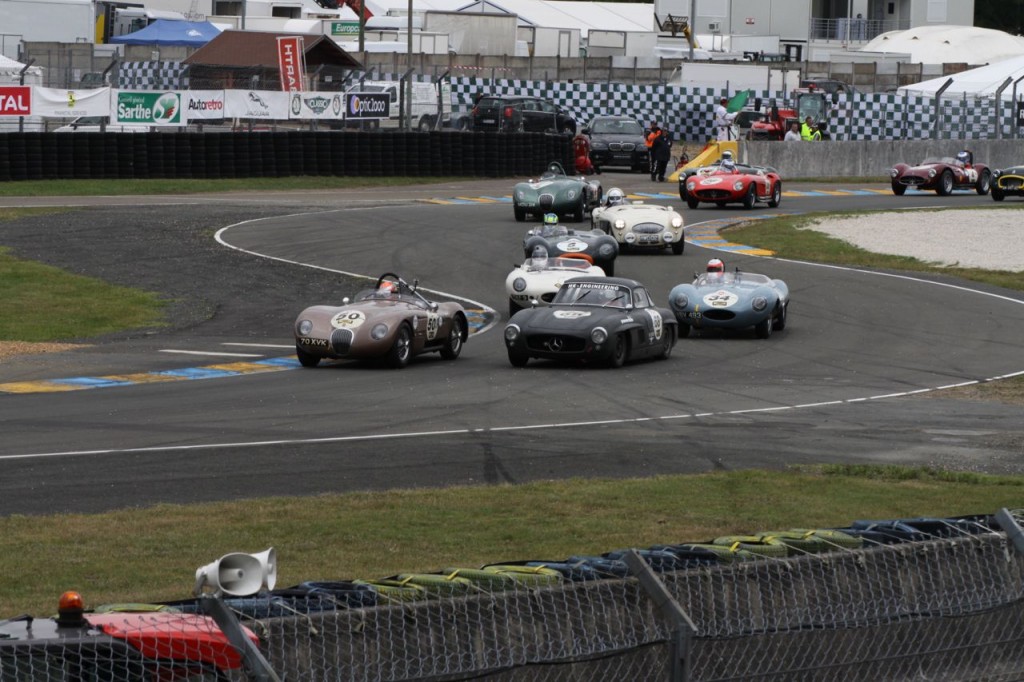 Grid # 2, period 1949 to 1956, saw the two Mercedes-Benz 300SL Gullwings (# 68 – piloted by Mülder/Simon/Kleissl and # 25 – piloted by Kurth/Reichle/Horbach) competing not only against illustrious race cars such as the Maserati 300S, Maserati A6 GCS, no less than six Jaguar C- and D-types, but also numerous Aston Martins and Porsches. Jaguar, at the start with several factory supported C- and D- types, demonstrated the capabilities of their race cars dating back to the founding days of todays Formula One. On dry circuits they reached officially recorded top speeds 40km/h faster than our Gullwings. A first sensation, however, was initiated when HK-ENGINEERING´s Gullwing # 68 took 4th rank after the first run of qualifying and ranked 5th in post-training.

The dark grey Gullwing, # 68, finished Saturday´s first heat in 5th place. The second 300SL Gullwing of Team HK-ENGINEERING could not keep up with Patrick Simon´s pace but did well in the field of starters.

At five o´clock in the morning the second heat was started, with the dark grey Gullwing # 68,  Patrick Simon at the wheel, leaving Jaguars and Maseratis after the first couple of turns behind him to win this 43 minute rain race with a sensational lead of 45 seconds – 60 years after the first victory of Gullwing at Le Mans! The second Gullwing again finished well in midfield. 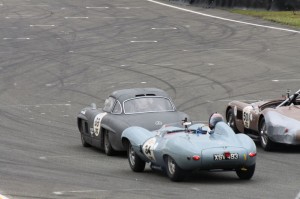 The third race was started Sunday afternoon; the only one showing the so-called Le Mans Start: Drivers running from the opposite side of the pits to their cars standing diagonally. Patrick Simon, highly motivated by previous night´s victory, was able to take the lead and headed for the “Dunlop Curve” in first place – a grandiouse situation for Team HK-ENGINEERING as well as thousands of spectators in the stands. Unfortunately he could not keep up with the high speeds of the Jaguars which have a significant higher top speed, the lack of a wet track, several driver´s changes, turbulous scenes in the pits and safety car phases on the course later dark grey Gullwing finished in 8th place.

Of the 74 teams evaluated in grid # 2, Mercedes-Benz 300SL team Patrick Simon/Peter Mülder finished third overall, a placement derived by adding the times of all three heats. A place on the podium of Le Mans along with trophy and champagne showers were the much deserved reward for the victorious drivers. HK-ENGINEERING´s second Gullwing, piloted by Gentleman drivers Wolfgang Kurth/Peter Reichle finished 33rd overall.

Considering the fact that the Gullwing, today as then, is categorized a GT vehicle, competing, however, with pure bread race cars at the Circuit de 24 Heures, the success of the Mercedes-Benz 300SLs campaigned by HK-Engineering is all the more remarkable.

This entry was posted in Uncategorized and tagged Racing at Le Mans. Bookmark the permalink.